Today has been a bit of a busy old day for me which I may or may not regret over the weekend. It started abruptly with me checking my phone and noticing that we had overslept and Rich had to get up or he would be late for work...for some reason he forgot to set his alarm and I didn't wake up automatically which I normally do. Even Doug slept through the night and didn't wake up...it was okay though as we managed to get ourselves organised and headed out to drop Rich at work...with a good 5 minutes to spare. I am quite impressed with us! 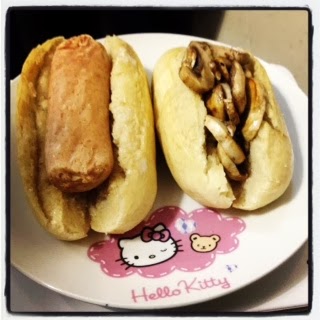 I adore the weight watchers petit pains...how can you go wrong with warm white bread especially when they are a healthy B. I splashed out and had two one with a quorn low fat sausage one with mushrooms and they were gorgeous!

Once they was digested I had coffeed up and caught up with Hollyoaks I decided that it was time to head out with Doug. I am loving my walk routine as mentally the exercise is making me feel so good. It was raining (pretty much has all day) but still me and Doug got ready and we went 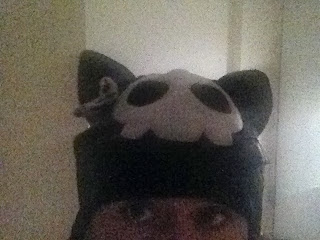 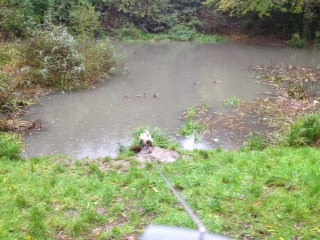 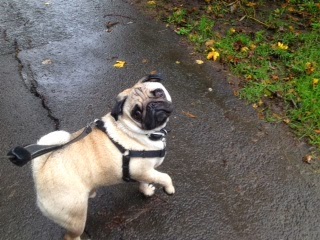 I really love my cat hat so in honour of the rain I decided to give it the first outing of the season....it will be the first of many I am sure though I do have two other awesome hats that I will alternate with this one. Now anyone worried about what Doug is up to in the second picture you will be pleased to know he did not fall into the water...infact he hates water and will go out of his way to avoid puddles. He just fancied seeing the ducks who were quacking away at him. Considering the weather we did pretty well today 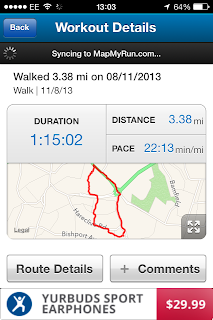 Not too shabby at all...we got home wet and muddy (well Doug was muddy I have more sense than him to avoid puddles by walking through mud...strange little man) so we cleaned up, I changed into dry clothes and set about making some lunch. It was getting late and I wanted a quick soup so made the gorgeous 3 tin soup. 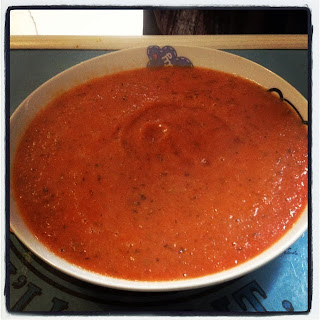 If you haven't made this soup yet I urge you to try it, its so simple you take one can of chopped tomatoes, one can of carrots, one can of baked beans and cook for 10 minutes. You then add two pickled onions and blitz. In 10 minutes you have a very cheap and tasty soup that cost's hardly anything to make. Infact less than £1. I added some basil to mine and made enough for another meal.

Once I had finished lunch I decided to venture out again and get the shopping done today instead of going over the weekend...I figured it would be less mental...but it seems I may have slightly misjudged it today. I started off at aldi (another recommendation its so cheap and the quality is good). Aldi was fun...people standing in the middle of the aisle chatting and generally getting in my way...people standing for ages in front of the chopped tomatoes before picking up a tin (didn't know it was such a hard choice but they were just staring at them) and then a lady ranting at the till about how stressful her shopping experience was and she refused to move. Anyone who has been to aldi knows speed is of the essence and she clearly had a shock. Whilst I was waiting I texted Rich about this...he didn't respond until I was in Asda and stated that he felt aldi was stressful. He got a prompt response from me saying I felt asda was because stupid people seemed to have followed me around. I had a wander in farmfoods too and stocked up on bargain quorn products and tried not to laugh at a conversation between a customer and shop assistant about square tomatoes...I think the customer was making a joke about the sign saying round tomatoes. All in all I was glad to head home from shopping. 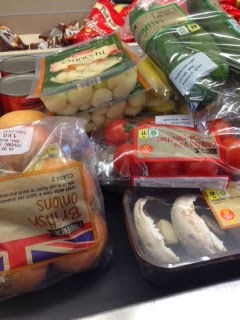 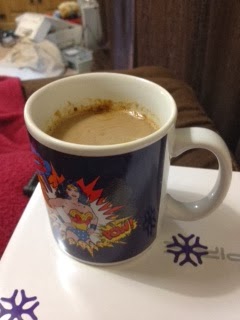 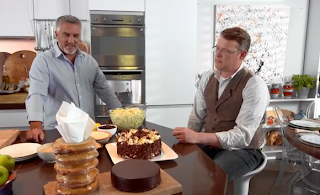 This evening I have spent a lovely girlie evening with friends and it was good fun, we had a gorgeous on plan dinner and then spent the rest of the time playing makeup. It was such good fun to just hang out and chat 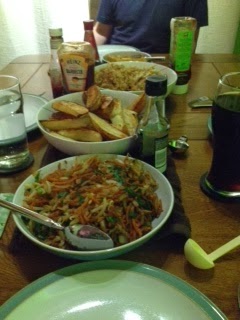 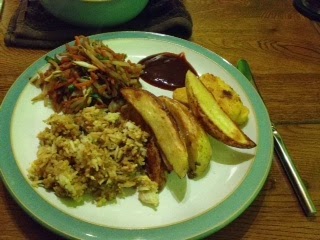 The food on my plate is egg fried rice, potato wedges, stir fry veg and quorn nuggets (4) and 1tbsp of bbq sauce for (1.5) syns. Afterwards we had some yummy danios mine was 3 syns for the blueberry 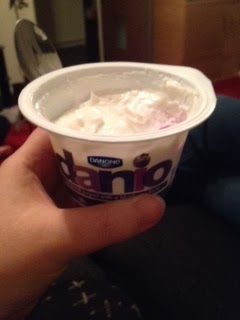 This was followed by makeup fun :D 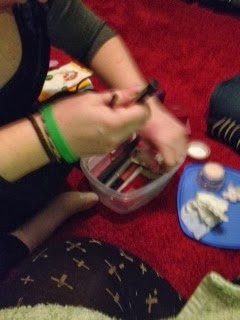 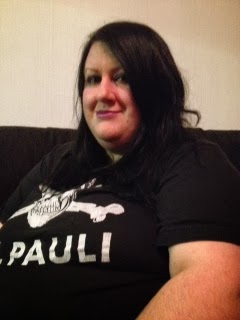 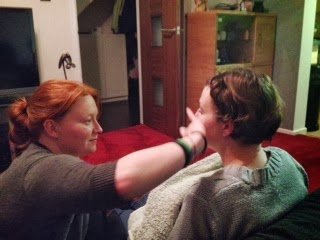 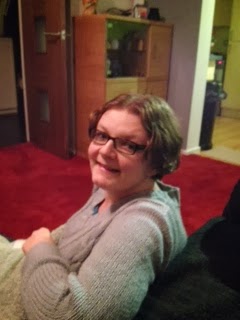 Love these girls to death they have been absolute angels recently xx cannot wait to go to Five in a few weeks with them and my lovely friend Manda we will be having much fun!


I am now settled on the sofa with a milky hot chocolate as had a healthy A left (thanks Mitchy for the suggestion there) hanging with the boys before heading to bed. 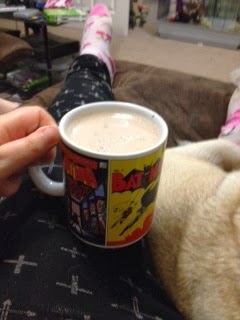